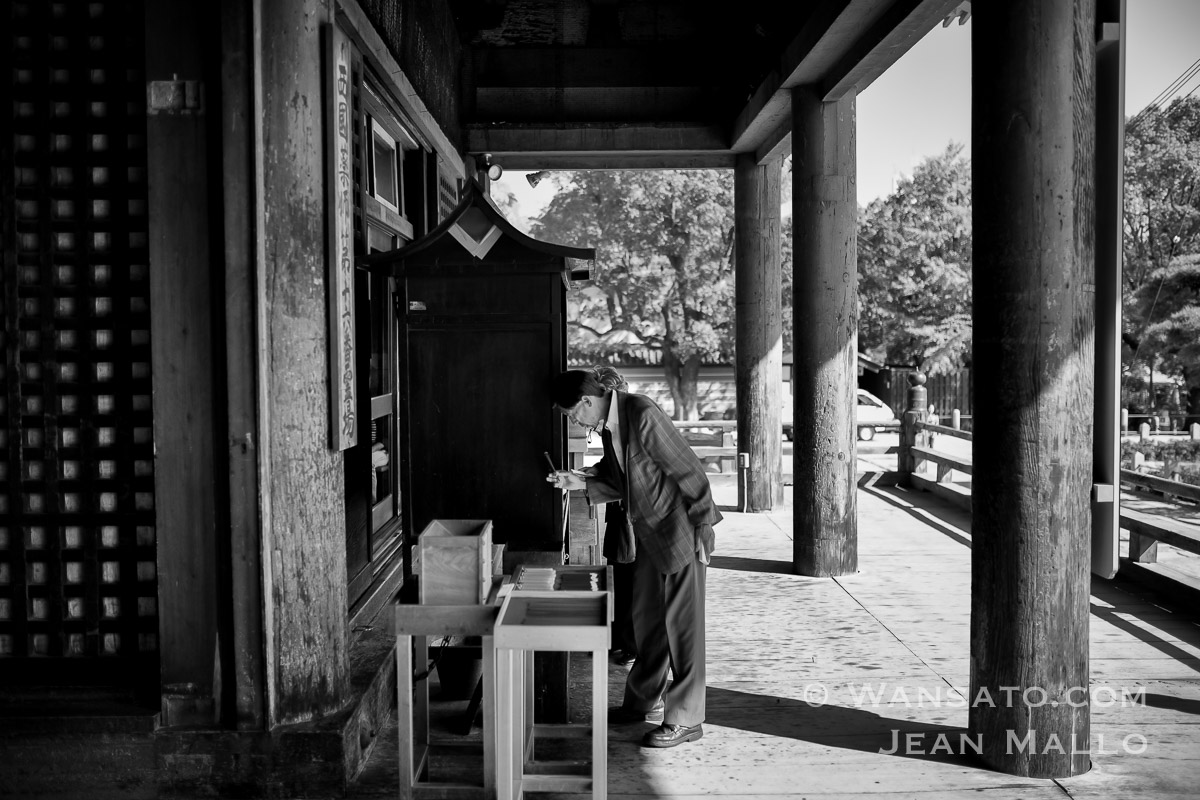 A short visit to Osaka, Japan’s second city. Stuck in the middle of the archipelago and often neglected in comparison with the cultural capital of Japan, Kyoto, Osaka has other assets, not the least of which is its reputation for having the best cuisine in Japan.

whistle is heard. The security gates flash red and an alarm sounds. From the loudspeakers, a female voice intones an incomprehensible message. The hissing becomes a buzzing sound, then a dull roar. All around us, people rush through the security gates, goods lined up one behind the other and luggage in hand. The red lights continue to flash. The next moment, two points of light appear at the end of the platform, hiding a strange shape – long and elongated – in the darkness. As we reach our level, the singular and astonishing lines are revealed, showing the imagination of the creators of one of Japan’s most famous icons. The famous Shinkansen enters Hiroshima station, in all elegance.

Quietly, everyone enters the futuristic carriage. Two seats on the left, three on the right. The first impression is that of having entered a plane. We take our seats in the spacious carriage – enough to leave the suitcase in front of our legs when we sit down – and above all it is incomparably clean. Cleanliness is almost an obsession in Japan. The Shinkansen is no exception to the rule. The maintenance team has only seven minutes to clean the entire train at each station stop. What seems even more incredible is the average delay of Shinkansen over a year of operation: less than twelve seconds in 2014.

With its sleek, aerodynamic design and elongated snout, the Shinkansen – literally “new intercity line” – looks more like the old American space shuttles than a train. One wonders which one came first. Next to it, the French flagship would almost seem overweight. The atypical shape of the Shinkansen is due to the fact that the two trains do not operate on the same terrain. Japan’s high-speed lines are dotted with tunnels, and the Shinkansen’s elongated shape significantly reduces “tunnel booms” – when air has no way of escaping as the train enters the tunnel. Its French cousin, on the other hand, runs mostly in the countryside and therefore does not need this elongated shape. The Shinkansen alone represents a whole facet of Japan, that of modernity and advanced technology. The idyllic postcard is reached when the snow-capped peak of Mount Fuji appears in the background of the Shinkansen.

The train starts humming and leaves Hiroshima station for Osaka, our terminus. Soon enough, we fall into the arms of Morpheus. Only the fast food and cold drink trolley manages to wake us up from time to time. The conductor enters the carriage, leans forward slightly and greets the passengers. Quite strange for someone who has never been to Japan. This is another aspect of Japanese culture, that of respect and impeccable service. A sense of service is so strong in Japan that it is almost sickening. Before leaving, he greets us again.

The different landscapes of the Japanese countryside pass by the train window like a film. In the distance, golden rice fields, autumn-coloured forests, towns and villages, vast expanses of greenery appear here and there. The daylight illuminates lakes and rivers. ppsspp gold games for android The film gradually turns into a kaleidoscope. All these landscapes are continuously passing by without stopping. The film goes into overdrive when the train reaches cruising speed. The trees and houses are nothing more than nets of colour. Dreams take over again.

We wake up in Osaka, Japan’s second largest city, an hour and a half (and twelve seconds?) after the Shinkansen left Hiroshima station. The city of Osaka is not always on the itinerary of tourists during their stay in Japan. The majority only stay for a day at most, preferring its nearest neighbour, Kyoto – the former imperial capital. The ‘big hill’ is said to have a sulphurous reputation. Yet Osaka is not without its attractions. The city has a very different atmosphere from its rival Tokyo. The people of Osaka seem to be less formatted, less influenced by the overwhelming Japanese culture and society – or maybe they have managed to create a variant that better suits the “rebellious” spirit of the city. Unfortunately, we will not be able to verify this for ourselves, as we will only be there for one evening, like most tourists.

Surprisingly, we are ahead of schedule for once. So we decide to go and get lost in one of the most touristic areas of the city, the Shinsekai area. This district is recognizable among all, because it has one of the highest observation points of Osaka: the Tsutenkaku tower. It looks like a well-known tower in Paris. At the beginning of the twentieth century, the Tsutenkaku Tower was built in the image of the Eiffel Tower. The Shinsekai district is full of restaurants where you must try the wonderful Okonomiyaki (different from Hiroshima), Takoyaki (octopus dumplings), Yakiniku & Horumon (Japanese BBQ) and other culinary delights specific to the Osaka region. The area is touristy, but we feel like we’re in the Saint-Germain of Paris. It shows that the people of Osaka have not only copied the Eiffel Tower.

The afternoon is in full swing. We leave the tourist areas, the ultra-modern towers and the incredible Panasonic exhibition centre behind and go back in time. The sun is at its highest. It is warm for October in Osaka. On the way to Shitennoji temple, we are surprised to see a group of young girls, all dressed in school clothes, appear. We hesitate. Either we are completely lost, as usual, or we are on the right path and all these schoolgirls are from the temple. The second idea is the right one.

Shitennoji temple is unique, as it is one of the oldest temples in Japan. It was founded in 593 by Prince Shotoku to support the introduction of Buddhism in Japan. The entrance to Shitennoji Temple is through a magnificent stone Torii and consists of three main buildings: the Ko-do Pavilion, the Kondo Pavilion and the five-storey pagoda. Unfortunately, there is not much information about this temple and it is undergoing a complete renovation. Nevertheless, we take the opportunity to have a look around and discover the daily life of the people who come here to pray. Among these people are the young schoolgirls, who come to the temple to seek advice for their studies and pass their exams, no doubt. Also, some elderly people are walking around the temple, quietly.

Silence and tranquility fill this place. Far from the tourist circuits, Shitennoji temple is a wonderful place to relax in a city where everything often goes fast, too fast. An oasis of calm in the middle of the urban hubbub.

Instead of taking the underground back to downtown Osaka, we decided to get lost once again in the neighbourhoods around Shitennoji temple. There we discovered some beautiful little temples scattered all over the city. We will never know their names or where they are. And this part of the mystery gives Osaka an irresistible charm. It’s time for us to get back to civilization and especially to enjoy a Japanese BBQ with melting meat on the grill, accompanied by small shrimps and a bunch of vegetables. A marvel.

Even if we have only captured a small part of the soul of Osaka, what we are sure of, even after only one day, is that the reputation of Osaka as the culinary capital of Japan is perfectly accurate. 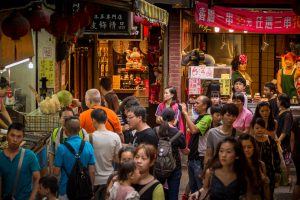 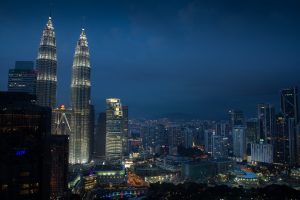 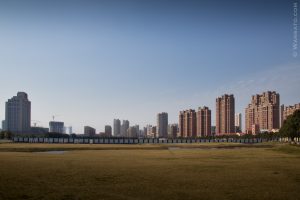 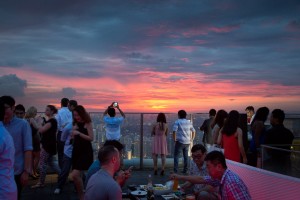 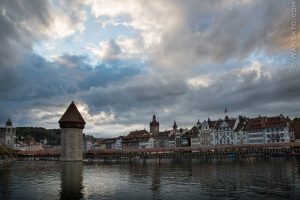 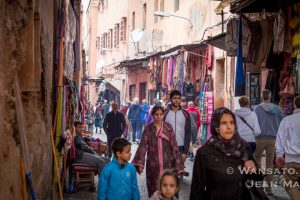 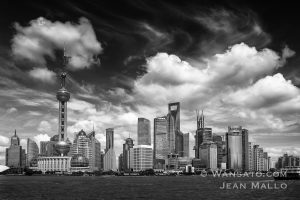 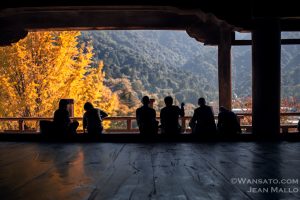 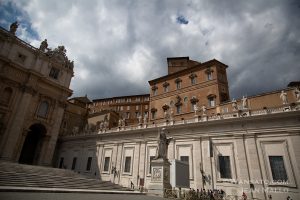 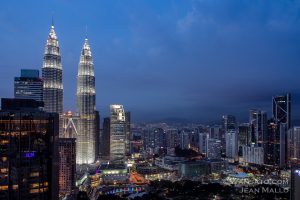 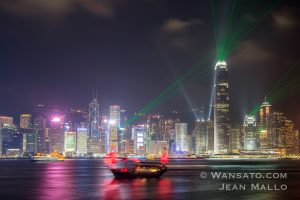 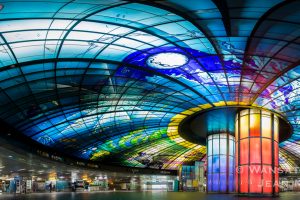